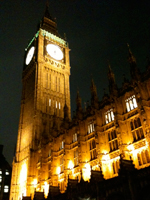 Mr. Arulampalam was a guest at the Beating Bowel Cancer reception hosted by The Speaker, The Rt Hon John Bercow. Guests included members of the charity, staff and of course several parliamentary voices. There were addresses from both sides of the house with the Rt Hon Andy Burnham and Secretary of State Rt Hon Andrew Lansley speaking up for the cause.

Emergency Care in the NHS

As Service lead for surgery, Mr. Arulampalam, introduced a two consultant emergency rota at Colchester General Hospital on 2nd January 2012. There has been much written about the mortality rates I  patients admitted to English hospitals after hours and at weekends. This initiative in part begins to address this problem, but much more needs to be done throughout the whole NHS and the local pilot will be reviewed and go much further over the planned 6 month period.