Mr. Kareem Marwan, laparoscopic fellow has joined Mr. Arulampalam from a Melbourne Australia. He is accompanied by his family and congratulations on the birth of his new Colchester-born daughter Farah who arrived 3 days after arriving in England. Kareem is experienced in endoscopy and laparoscopic surgery. He hopes to gain valuable experience in advanced laparoscopic surgery, leadership and non technical surgical skills. 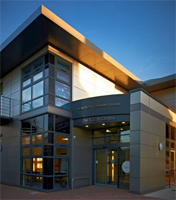 The Centre of which Mr. Arulampalam is Deputy Director goes from strength to strength. There has been a major increase in surgical courses for 2012-2013 as well as development of research infrastructure. Major bids are being developed for new ventures….watch this space.